Today is the 25th January and in Scotland and for the Scottish, Burn’s night. 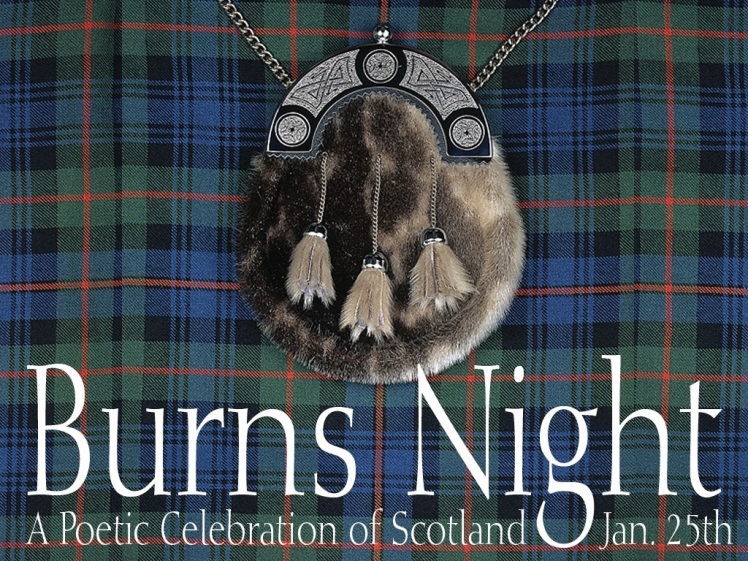 Burn’s night commemorates the life of the bard (poet) Robert Burns, who was born on January 25, 1759. The day also celebrates Burns’ contribution to Scottish culture. Burns’ best known work is “Auld Lang Syne” that is traditionally sung at new year. 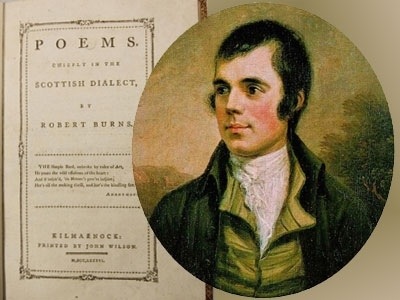 The evening centers on the entrance of the haggis on a large platter to the sound of a piper playing bagpipes. When the haggis is on the table, the host reads the “Address to a Haggis”. This is an ode that Robert Burns wrote to the Scottish dish. At the end of the reading, the haggis is ceremonially sliced into two pieces and the meal begins.

Our dinner was a little more low key, dad and I didn’t have the bagpipes and we forgot to address to the haggis because we were that hungry. Although instead of cutting it in half I accidentally pierced the top, so that kind of counts I suppose. Actually cutting it in half probably would have been a lot easier than nearly burning my hands trying to squeeze it out one end. Our meal consisted of m&s haggis, neeps (turnips) and tatties (potatoes). This was my first time trying haggis, dad wasn’t sure if I’d like it and told me it tasted a bit like a spicey black or white pudding. Dad was actually right although it was a lot greaser than I thought it would have been but it did taste lovely! 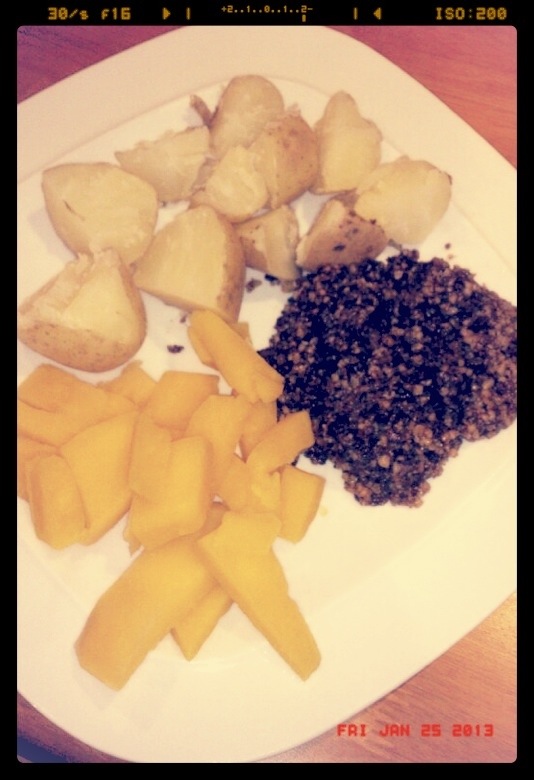 I researched and found out at Burn’s Night events, many men wear kilts and women may wear shawls, skirts or dresses made from their family tartan. Dad and I however did not.

As you can see we were dressed normally, well I was wearing my Scotland rugby top, I don’t actually have anything in the Fraser tartan, I should look into getting a scarf though because our tartan is pretty nice! Well apart from the brown lol.

All in all our Burn’s supper was a success, a nice meal with my dad, I tried something new that I liked and I was celebrating being Scottish!

Me and my Burn’s supper

What I found out my haggis was made off, good thing I read this afterwards! 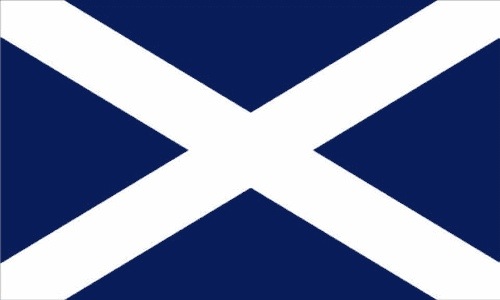 One thought on “My first ever Burn’s supper”